“It was the literal fulfillment of scripture that caused me to join Rocky Ridge Mission. As I saw these faithful Christians coming eight or more miles from their homes and gathering up in their cars Italians, Poles, Dutch, American Negroes, and Germans, to take them to the house of the Lord, I was made to feel that here is a group of Christians who are really making their religion practical.”1

That was Rowena Lark’s description of Rocky Ridge congregation at its inception in the early 1930s.  Rowena’s husband James would later become the first African American minister ordained by the Mennonite Church in 1944.

As a Mission Outreach, the pioneering families of the church not only drove 8 miles to invest in the “Paletown” community that had grown up around the Rockhill quarry a few miles south of Quakertown, PA, but they relocated their families there to begin the church, a school (Quakertown Christian School), and a number of businesses.  They wanted to make a difference in the lives of the people who were living in the area between Paletown and Three Mile Roads, Old Bethlehem and Doylestown (SR.313) pikes.  And the difference was noticed, as heard in Rowena Lark’s words.

Consistent with its origin, the church continues to represent a unique diversity in its body.   Current members and attenders include people who have immigrated from North & South Sudan, Democratic Republic of Congo, Nigeria, Sierra Leone, and China.  The church has also recently begun to share building space with the Evangelical Blessing Church, consisting of people from Central and Southern African countries.

Rocky Ridge maintains a strong missionary “sending” ethos.  Early workers from the Rocky Ridge mission went on to later serve in other mission ministries in Minnesota, Vermont, Montana, Chicago, and Canada.  Currently, the church supports missionaries in Pakistan, India, and the Democratic Republic of Congo, all who had formational faith experiences at Rocky Ridge.  Joel Nsongo, Executive Director of Congolese Community Development Network (CCDN), says, “This community has been instrumental in so many seasons of my own life.  From their investment in me as a young man with the IVEP program, through raising my own family and later, the foundation of CCDN, Rocky Ridge has helped shape the work and vision God has given for my life and family.” 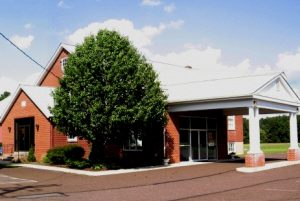 Currently, the church describes itself as “a community of people, bonded by faith in Jesus Christ, committed to being Shaped by God’s Word, to Sharing life as God’s Family, and to Sacrificing for God’s Mission.”  That’s modern language for the same impulse that started the church in the late 1920s.  As we look towards the future, Rocky Ridge is prayerfully committed to re-imagining what it means to live out the same intercultural, gospel-centered move toward the community that has always been at the center of its reason for being.